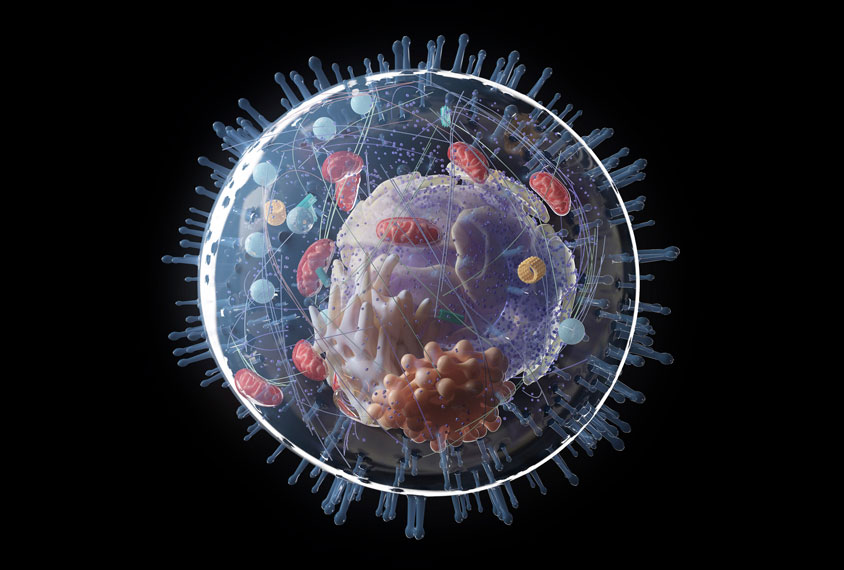 Before we become aware (sentient), life begins. A single living cell cannot value itself or anything else but without this building block, we would not Be.

We began yesterday with human worth – the human life experience. That is where we come into the picture but that is not where the whole story begins. The bigger story begins with the emergence of the first protein or even the Big Bang. Digging deeper, we do not know where it begins. We only know parts of our story. So I will begin on the first ordinary day of the year with life because that is what our narrative is about.

Life distinguishes all living things from dirt, rocks, life-giving water and the air we breathe. It is the foundation of all we value in and about the world.

The life process generated, but did not begin with, our spectacular brains. It is the precious and indispensable background for what we call our lives, but it is not the life of Being itself. Life is present in the beating heart, the functioning kidney, the animate limb. It is present in every vital cell of our bodies, yet many cells die every second without our ever noticing. Life is present in our unformed bodies before life becomes experience, and may continue, sometimes for years, after the life experience has ended.

A Humanist ethics respects life, yet distinguishes between life’s mechanics and the Spirit of Being.  Life is the vehicle and animating force of soul and spirit, not posited here as separate entities, but as part of the human experience. In describing an “animating force,” I make no pretense of resolving the ongoing debate about what life is, and posit no tangible force, per se; this is only an operating description of the experience we call life.

Life is precious, yet by itself it is without value. Only in the hands of a Being capable of valuing it does it become valuable. We honor it on this first ordinary day of our liturgical year.

What is life? One leading scientist in the field suggests two possible answers, both of which he acknowledges are incomplete: we could say that something is alive if it has certain properties, such as growing and responding to stimuli, or if it evolves by natural selection. [Smith and Szathmáry (see below), pp. 3-4.] Those are among the best definitions we have, but all they tell us is how life functions. They do not seem to tell us what life is, and perhaps we will never know. Because we do not know, we will content ourselves with what we do know.

Our best science suggests that life on Earth first emerged in water from an interaction of inanimate compounds and the natural environment, between 3.5 and 4.0 billion years ago. The story of the origins of life, and our attempts to uncover it, are important parts of our human narrative.

For most non-scientists, this field’s core material alone is quite over our heads. However, even a non-scientist can understand a few basic concepts behind the research. Here are a few of the leading but more accessible works in the field. They tell a fascinating part of the human story, as we set about to uncover who we are and where we came from:

Here are three apparently excellent links on the subject:

Other documentaries about life:

In the beginning, when God created the heavens and the earth, the earth was a formless wasteland, and darkness covered the abyss . . . Then God said, "Let the earth bring forth vegetation: every kind of plant that bears seed and every kind of fruit tree on earth that bears fruit with its seed in it." [The Bible, Genesis 1:1-2, 11.]

Once when I saw a cripple
Gasping slowly his last days with the white plague,
Looking from hollow eyes, calling for air,
Desperately gesturing with wasted hands
In the dark and dust of a house down in a slum,
I said to myself I would rather have been a tall sunflower
Living in a country garden
Lifting a golden-brown face to the summer,
Rain-washed and dew-misted,
Mixed with the poppies and ranking hollyhocks,
And wonderingly watching night after night
The clear silent processionals of stars.

With music strong I come, with my cornets and my drums,
I play not marches for accepted victors only,
I play marches for conquer'd and slain persons.
Have you heard that it was good to gain the day?
I also say it is good to fall, battles are lost in the same spirit in which they are won.
I beat and pound for the dead,
I blow through my embouchures my loudest and gayest for them.
Vivas to those who have fail'd!
And to those whose war-vessels sank in the sea!
And to those themselves who sank in the sea!
And to all generals that lost engagements, and all overcome heroes!
And the numberless unknown heroes equal to the greatest heroes known!
[Walt Whitman, Leaves of Grass, Book III, # 18 (1855).]

Several contemporary composers have given us music that sounds like the stirrings of life itself. Most notable, perhaps, is Morton Feldman's String Quartet No. 2 (1983) (approx. 3.5-6 hours), a minimalist composition that evokes the stirrings of life in a single cell. The work progresses by minute variation, as early life must have done, considering that life did not evolve past the single-celled stage for 500 million years, and complex multi-cellular life took another 2.5 billion years to emerge. This is a long period of time to cover in a single work of music but you may not feel that way if you listen to this String Quartet all at once. “Like the long pieces that preceded it, Feldman's String Quartet II consists of repeated patterns, which usually surface at a certain point in the composition without preparation, are maintained over a given period, and then abruptly abort to possibly return later.” “One of Feldman's agendas was to turn time into space: to make time feel not like a line, but like a landscape that the listener has dropped into. The pieces hardly begin and don't seem to end. He uses only a few themes, but as he repeats a phrase or motif, he alters it by changing the time signature or the dynamics in subtle but discernable ways. Rather than repetitive, the simplest elements become engrossing.” If you have the time, it is a rewarding experience – a grand meditation on where we came from. If not, you can get the idea from practically anywhere in the performance. We have recorded performances by Vogler Quartett in 1999, Ives Ensemble in 2003 and FLUX Quartet in 2016. A 2002 performance by FLUX Quartet is available on CD.

Other composers have taken up this and related themes, perhaps some intentionally and others not: