You are here: Home / Cycle-of-Life Season / 7 Assessing / Living in Reverence and Natural Piety

Religious naturalism is the idea that the sacred is found in nature. (Where else would you expect to find it?) It embraces reality and finds inspiration in it.

Many people's lives and work could be cited to illustrate natural piety, or religious naturalism. Among them is Ralph Ellison, who became famous as author of the National Book Award winning novel Invisible Man in 1953. Though most easily seen as a narrative about race relations and identity in the United States, it is also "a book about the human race stumbling down the path to identity." I offer Ellison's work, and commentary about his work and life, as an example of piety. 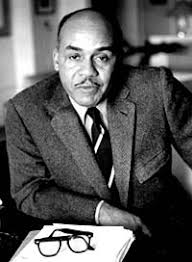 Ellison was influenced by Kenneth Burke, who wrote about human motives in an attempt to understand the human condition.

Here are works more formally on the subject of religious naturalism.

Gary Snyder is a Pulitzer Prize winning poet whose focus on ecology was informed by Zen Buddhism. His works illustrate a naturalistic conception of piety.

Like many works of music, Jean Sibelius’ Symphony No. 5 in E-flat Major, Op. 82 (1919), illustrates several human values. An everyday event – a flock of swans flying overhead – inspired him to compose it. His response to seeing them fly is reminiscent of Einstein’s observation that everything can be seen as a miracle. Sibelius had been struggling with the symphonic idea itself. “Sibelius was notoriously obsessed with what he called the 'profound logic' of the symphony and the way motifs could evolve organically to form their structure. In 1914 he wrote, 'I should like to compare the symphony to a river. It is born from various rivulets that seek each other, and in this way the river proceeds wide and powerful toward the sea.'” This symphony can be heard to illustrate inspiration and miracles but its center of gravity rests in Sibelius’ response to seeing the birds fly, and in the theme he composed to represent their flight. “On April 21, 1915, Sibelius wrote in his diary, 'Today at ten to eleven I saw 16 swans. One of my greatest experiences. Lord God, that beauty!'” He was responding to nature as Einstein did, with a sense of reverence, or natural piety. That is where a hearing of this theme can put you, and keep you for quite some time. For many listeners, it is unforgettable. Top performances were conducted by Kajanus in 1932, Rodzinski in 1941, Ormandy in 1954, Collins in 1955, Karajan in 1965 ***, Barbirolli in 1966, Davis in 1974, Rattle in 1983, Berglund in 1988, Vänskä in 1996 and Mäkelä in 2021. Here are live performances conducted by Bernstein, Saraste and Wolf.

Olivier Messiaen, Des canyons aux étoiles (From the Canyons to the Stars) (1972) (approx. 90-100 minutes): “. . . Messiaen found the divine presence everywhere in nature, most especially in the songs of birds. All of his compositions reflect the deeply held religious faith that he constantly refreshed in his observations of nature.” “. . . Messiaen transformed his tour of Bryce Canyon and two other monuments of the American West — Cedar Breaks and Zion Park — into sacred music filled with birdsong, sensuous melodies and divine breath.” He wrote: “. . . it is above all a religious work, a work of praise and contemplation. It is also a geological and astronomical work. The sound-colors include all the hues of the rainbow and revolve around the blue of the Stellar’s Jay and the red of Bryce Canyon. The majority of the birds are from Utah and the Hawaiian Islands. Heaven is symbolized by Zion Park and the star Aldebaran.” Excellent performances are by Salonen in 1989, de Leeuw in 1993, Chung in 2001, and Gilbert in 2016.

Stephan Micus “is a genuine music hermit, he composes on his own, records on his own, and plays on his own an infinity of instruments: ranging from sho (the Japanese mouth organ) to ki un ki (the wind instrument used by the Udegeys Siberian tribe), from bodhran (the shamanic Irish drum) to bolombatto (the typical harp from Western Africa), just to mention a few. And always on his own, he records all the voices featured on his records: by using the most advanced multi-track recording techniques to create harmonizations that possess the intact perfume of magic.” His musical output is best grouped in three categories: reverence, living in flow and enlightenment. Most of his albums are best “seen” as expressions of the first value, reverence, a/k/a natural piety. In these albums, Micus contemplates nature, including human nature.”

Heard as unaccompanied soloists (or accompanied by tabla only), the Iranian classical masters, performing traditional works, express the deep commitment, carried into action, which comprises the heart of piety.

Many overtly Christian works capture the spirit of reverence in the music:

My heart leaps up when I behold
A rainbow in the sky:
So was it when my life began;
So is it now I am a man;
So be it when I shall grow old,
Or let me die!
The Child is father of the Man;
And I could wish my days to be
Bound each to each by natural piety.

[William Wordsworth, “My Heart Leaps Up”]

Why! who makes much of a miracle?
As to me, I know of nothing else but miracles,
Whether I walk the streets of Manhattan,
Or dart my sight over the roofs of houses toward the sky,
Or wade with naked feet along the beach, just in the edge of the water,
Or stand under trees in the woods,
Or talk by day with any one I love—or sleep in the bed at night
with any one I love,
Or sit at table at dinner with my mother,
Or look at strangers opposite me riding in the car,
Or watch honey-bees busy around the hive, of a summer forenoon,
Or animals feeding in the fields,
Or birds—or the wonderfulness of insects in the air,
Or the wonderfulness of the sun-down—or of stars shining so
quiet and bright,
Or the exquisite, delicate, thin curve of the new moon in spring;
Or whether I go among those I like best, and that like me best—mechanics,
boatmen, farmers,
Or among the savans—or to the soirée—or to the opera.
Or stand a long while looking at the movements of machinery,
Or behold children at their sports,
Or the admirable sight of the perfect old man, or the perfect old woman,
Or the sick in hospitals, or the dead carried to burial,
Or my own eyes and figure in the glass;
These, with the rest, one and all, are to me miracles,
The whole referring—yet each distinct and in its place.

To me, every hour of the light and dark is a miracle,
Every cubic inch of space is a miracle,
Every square yard of the surface of the earth is spread with the same,
Every foot of the interior swarms with the same;
Every spear of grass—the frames, limbs, organs, of men and women, and all that
concerns them,
All these to me are unspeakably perfect miracles.

To me the sea is a continual miracle;
The fishes that swim—the rocks—the motion of the waves—the ships,
with men in them,
What stranger miracles are there?