You are here: Home / Cycle-of-Life Season / 1 Dormancy / Living in Discipline, Self-Control and Self-Regulation

Through discipline, we put and keep ourselves in good order.

Discipline is order applied to life. Unlike happiness, discipline is a means to ends, not an end in itself. While military or religious discipline can be rigid, discipline under other circumstances can be creative. Dear reader, you need no lectures from me on the subject. Some histories and other accounts follow.

Since I wrote you, Helen and I have gone to live all by ourselves in a little garden-house about a quarter of a mile from her home, only a short distance from Ivy Green, the Keller homestead. I very soon made up my mind that I could do nothing with Helen in the midst of the family, who have always allowed her to do exactly as she pleased. She has tyrannized over everybody, her mother, her father, the servants, the little darkies who play with her, and nobody had ever seriously disputed her will, except occasionally her brother James, until I came; and like all tyrants she holds tenaciously to her divine right to do as she pleases. If she ever failed to get what she wanted, it was because of her inability to make the vassals of her household understand what it was. Every thwarted desire was the signal for a passionate outburst, and as she grew older and stronger, these tempests became more violent. As I began to teach her, I was beset by many difficulties. She wouldn't yield a point without contesting it to the bitter end. I couldn't coax her or compromise with her. To get her to do the simplest thing, such as combing her hair or washing her hands or buttoning her boots, it was necessary to use force, and, of course, a distressing scene followed. The family naturally felt inclined to interfere, especially her father, who cannot bear to see her cry. So they were all willing to give in for the sake of peace. Besides, her past experiences and associations were all against me. I saw clearly that it was useless to try to teach her language or anything else until she learned to obey me. I have thought about it a great deal, and the more I think, the more certain I am that obedience is the gateway through which knowledge, yes, and love, too, enter the mind of the child. As I wrote you, I meant to go slowly at first. I had an idea that I could win the love and confidence of my little pupil by the same means that I should use if she could see and hear. But I soon found that I was cut off from all the usual approaches to the child's heart. She accepted everything I did for her as a matter of course, and refused to be caressed, and there was no way of appealing to her affection or sympathy or childish love of approbation. She would or she wouldn't, and there was an end of it. Thus it is, we study, plan and prepare ourselves for a task, and when the hour for action arrives, we find that the system we have followed with such labour and pride does not fit the occasion; and then there's nothing for us to do but rely on something within us, some innate capacity for knowing and doing, which we did not know we possessed until the hour of our great need brought it to light. [Annie Sullivan, Letter to Sophia C. Hopkins, March 11, 1887 (see Letters).]

Johann Sebastian Bach is one of a handful of great composers, along with Beethoven and a few others, without whose contribution music would not be what it is today. By thinking through music in a way that no one had done before, he made it possible for everyone after him to think about it in a variety of new ways. Most notably, perhaps, he explored musical structure not just in words but through his compositions. Harold C. Schoenberg writes that in The Art of Fugue, Bach "summarized everything known about counterpoint and then added the full measure of his own mighty genius . . ." [Harold C. Schoenberg, The Lives of the Great Composers (W. W. Norton & Co., 1997), p. 48.] Perhaps Bach's greatest genius was in finding the order in music and simultaneously producing works of consummate beauty [Schoenberg, p. 51]. This exemplifies the pinnacle accomplishment of discipline, the purpose of which is not to inflict misery but to alleviate it. 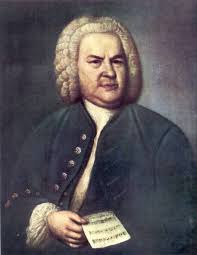 Though Dietrich Bonhoeffer's story easily could be filed under courage or conviction, I have chosen to file it per the title of one of his books: Dietrich Bonhoeffer, The Cost ofDiscipleship (Touchstone, 1959). His ideas on the subject offer a window into his reasons for seeking to murder Hitler. Obvious as the moral choice may seem, in retrospect, to be, actions like his were and are rare, explaining why discipleship is in short supply. Many others have seen discipleship through other lenses, terrorists and Hitler's followers included. People tend to be suspicious of true believers, with good reason. In general, I would not care to see people who believe that moral authority comes from their version of God deciding whether to assassinate political figures or anyone else. Bonhoeffer's life and philosophy are a study in contradictions. Yet for most people, secularists included, Bonhoeffer is an ethical hero.Without a firm grounding in a universal ethic, humanity is unlikely ever to make discipleship the norm. Bonhoeffer's story and his writings illustrate the complexity of discipleship among human beings to date.

The narrative of human discipline would be woefully incomplete without the remarkable story of the United States Marine Corps.

Other narratives on self-control:

Discipline does not imply something painful or punitive. Instead, it refers to harmony with an order. We can hear this in much of Johann Sebastian Bach’s music. He explored compositional forms thoroughly and in detail, fleshing out and displaying their elements with unmatched artistic creativity, coupled with scrupulous adherence to musical form. The title of one of his great works, Die Kunst der Fuge (The Art of Fugue), bwv 1080, suggests that he was aware of this. His exploration took several forms, most of them in counterpoint:

All of Bach’s organ works, individually and especially as a whole, reflect the value of discipline in their composition. For some of the best organists, too, Bach's organ works have served as the centerpiece of their careers. Some of them have spent or are spending a lifetime studying and mastering how to play Bach.

The title character in Tchaikovsky’s opera “Eugene Onegin” (1878), based on the novel in verse by Alexander Pushkin, is an irresponsible seducer of women who rejects an innocent country damsel who loves him, kills his best friend, and then returns after many years to declare his “love” for the young woman who is now married to a respected and powerful man. Despite the young woman’s continued feelings for Onegin, she insists that they part company, leaving him in the self-inflicted despair that seems to characterize his life. “1877 was a decisive year for the 37-year-old composer. In addition to his work on ‘Eugene Onegin,’ his unhappy marriage occurred and he established an epistolary relationship with Nadezhda von Meck. In addition, he had a rapturous relationship with a violin virtuoso.” “The character of Eugene Onegin served as a model for later generations of writers who created anti-heroes with similar attributes. Like Onegin, these men tend to be aristocratic and intelligent, but bored, disengaged with the world around them, careless and cynical . . .” “Eugene Onegin is a man caught in an internal struggle with love objects to whom he is inexorably drawn and from whom he obsessively withdraws.” Excellent film versions are by Hvorostovsky, Shicoff & Focile, conducted by Bychkov, in 1992; Prokina & Drabowicz, conducted by Andrew Davis, in 1994; and Kwiecien & Netrebko, conducted by Gergiev, in 2014. Top audio-only-recorded performances are by Nortsov & Kruglikova, conducted by Melik-Pashaev, in 1937; and Allen & Freni, conducted by Levine, in 1987.